A Letter from Chris Prentiss 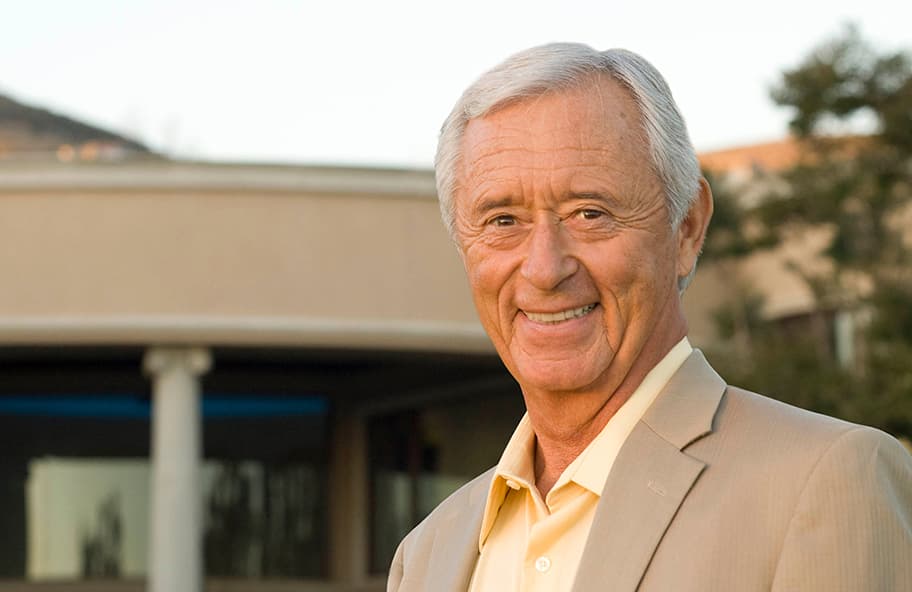 Prior to opening Passages Ventura in 2009, Chris led self-empowerment workshops in Southern California. He has also published over a dozen books that can be purchased at the Passages Wellness Store.

Hi. I’m Chris Prentiss. What I have to say will be brief, but it will help you or your loved one move from where you are now, which is dependent on drugs or alcohol, to where you want to be, which is sober, healthy, and happy.

I am in my mid-80s now. Over the years I’ve met and helped thousands of people from all around the world. Helping people is my specialty. It comes very naturally to me, and I love seeing people become blossom into their most authentic and happiest self. In 1984 and ’85, the passion I have for helping others led me to lead month-long seminars for individuals who had less than and felt as though they were less than they wanted to be. The backbone of these seminars was to remove their limiting beliefs and create new beliefs that allowed each student to become successful.

My students – of all ages, both men and women - had huge breakthroughs and afterward, their lives were never the same. They were better than before. They discovered how to be who they wanted to be and have what they wanted to have.

Later, I wrote a guidebook, which provided the same information that I had taught in seminars. The name of the book is, “Be Who You Want, Have What You Want.” After 25 years, it’s still selling in bookstores, such as the Passages Wellness Store and is still helping change the lives of those who apply the tools and principles taught in the book. 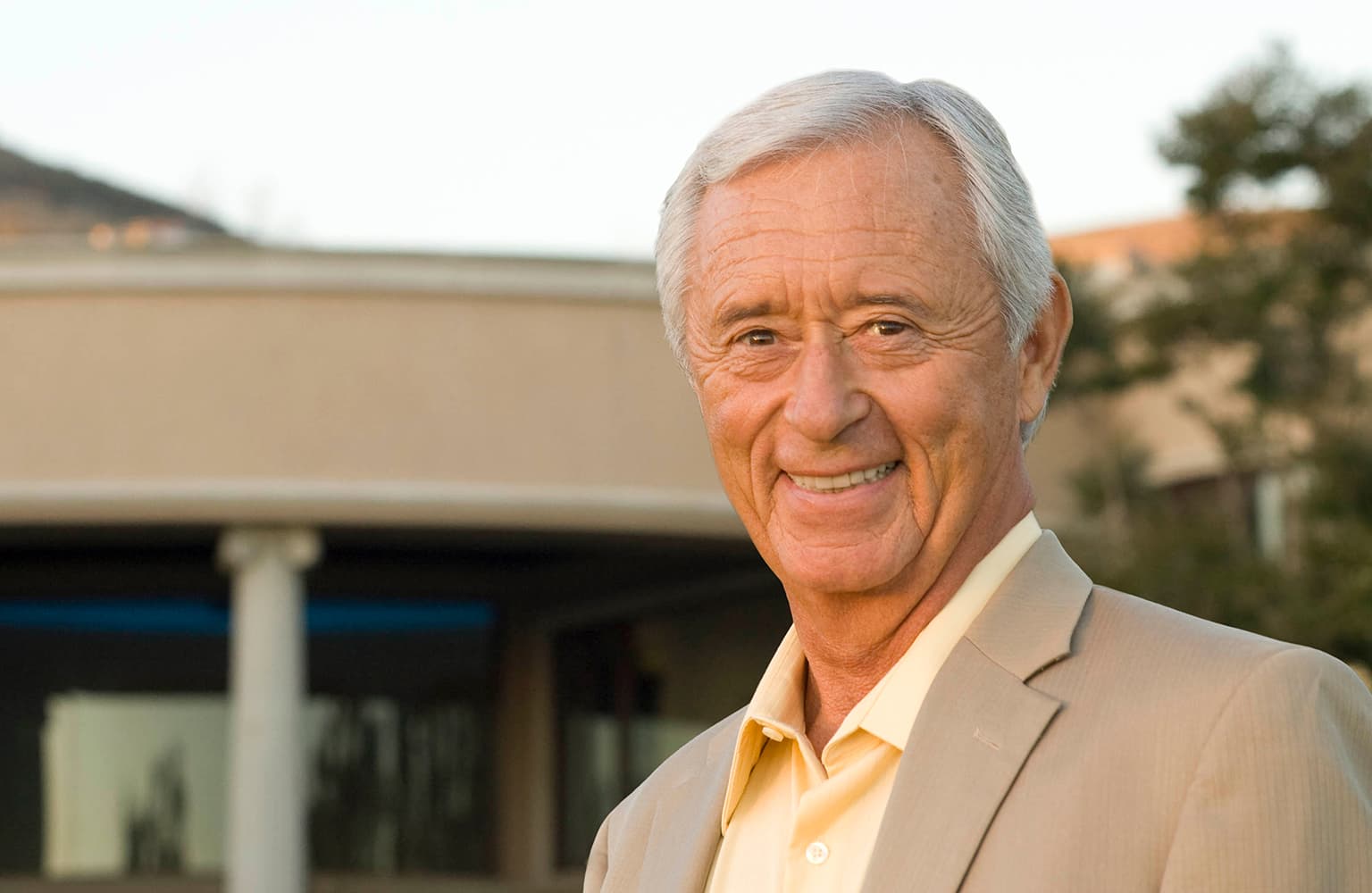 Prior to opening Passages Ventura in 2009, Chris led self-empowerment workshops in Southern California. He has also published over a dozen books that can be purchased at the Passages Wellness Store.

When my son, Pax was severely addicted to drugs and alcohol for many years, my passion for helping people truly hit home. It became my full-time job and mission to save Pax’s life.

Pax’s drugs of choice were marijuana, alcohol, cocaine, and finally, heroin. Barely at the age of 18 years old, he sat in front of me crying. Through his tears, he said, “Dad, I’m hooked on heroin.” I didn’t know much about heroin then; especially how lethal it is and how powerfully addictive it is. I tried my best to be positive, and I said, “Don’t worry Pax. We’ll fix you right up.”

Little did I know, I was at the beginning of a long hard road to fight to save Pax’s life. I nearly lost him several times from an overdose and being severely beaten by drug dealers to the point of hospitalization. It was a horrific experience for both of us, but I was completely determined with every cell in my body to help Pax break free from his addiction.

I was trying everything I could think of to get him sober. I took him to psychiatrists, psychologists, and addiction specialists. We kept hearing the same dismal story, perhaps the same one you’ve heard:

“Addiction is a disease, and your son will be an addict for the rest of his life. The best he can do is learn to manage it. Get him into a 12 Step program and make sure he stays in the program as long as he lives.”

Every time I heard that negative reaction to my son’s addiction, my heart plummeted. It was as if Pax they were sentencing him to lifelong imprisonment with no hope of parole. He went to the 12 Step treatment centers – 30 days, 60 days, and 90-day programs and attended endless amounts of group meetings, hoping to get better. These meetings didn’t work, and the treatment made him feel more and more powerless over his addiction. He relapsed almost immediately after leaving treatment. It was devastating.

As he tried to get back on his feet, he continued to attend the 12 Step meetings. He repetitively kept hearing the common phrase, “Once an alcoholic, always an alcoholic” and, “Once an addict, always an addict.” That tortured me because I believe those slogans were deadly and harmful to anyone’s outlook on recovering and becoming healthy. I knew these slogans reinforced addiction.

All those years when we fought to save Pax’s life, we were looking outside of ourselves and to others to help us. Although everyone told us that healing addiction was impossible, that there was no such end to addiction, we continued to search everywhere, never giving up hope to find the answer we needed. After many years of searching, I finally said to Pax, “The help you need is not out there. Unless we create a different program for you, something brand new, you’re going to die.” 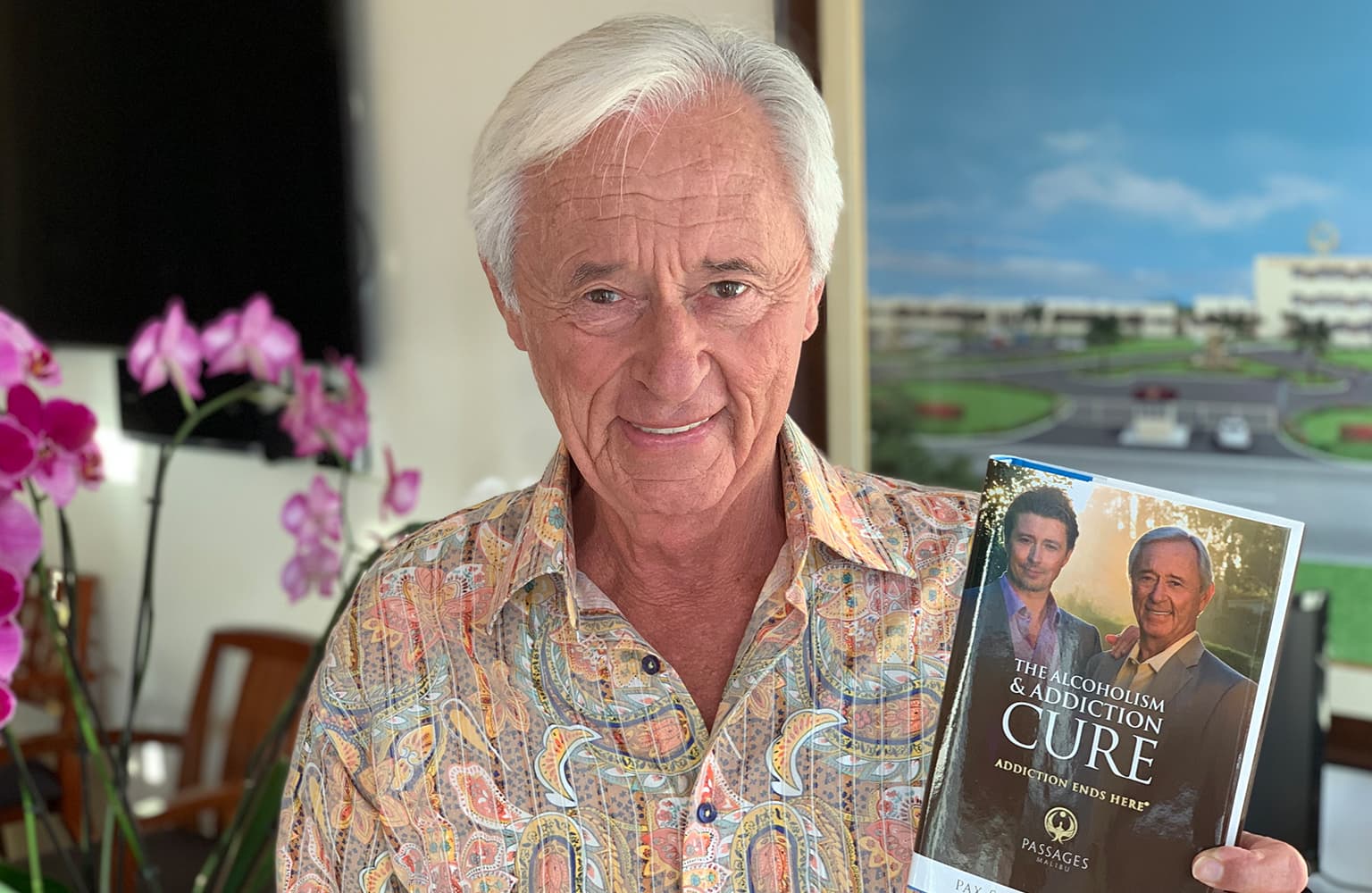 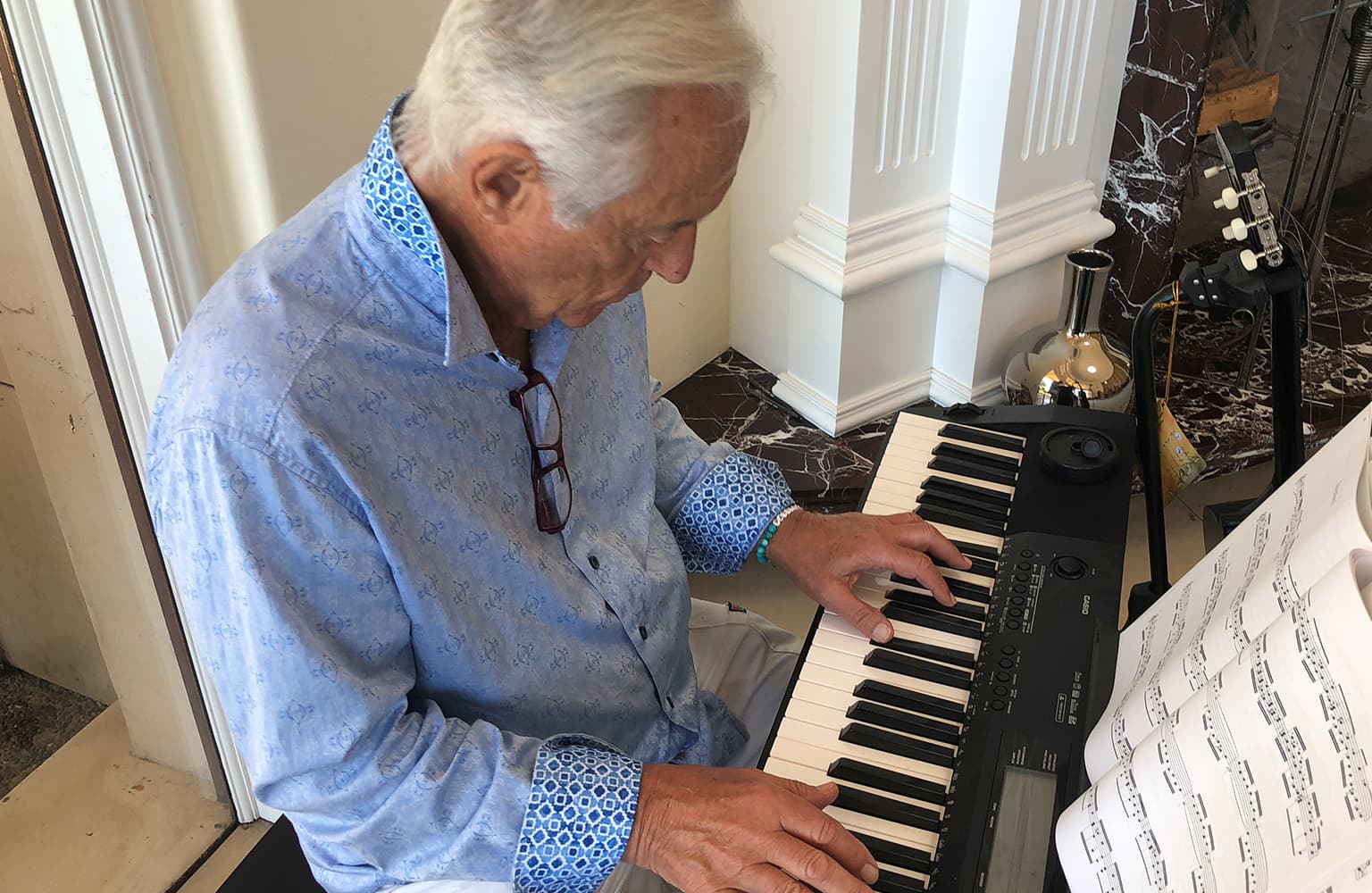 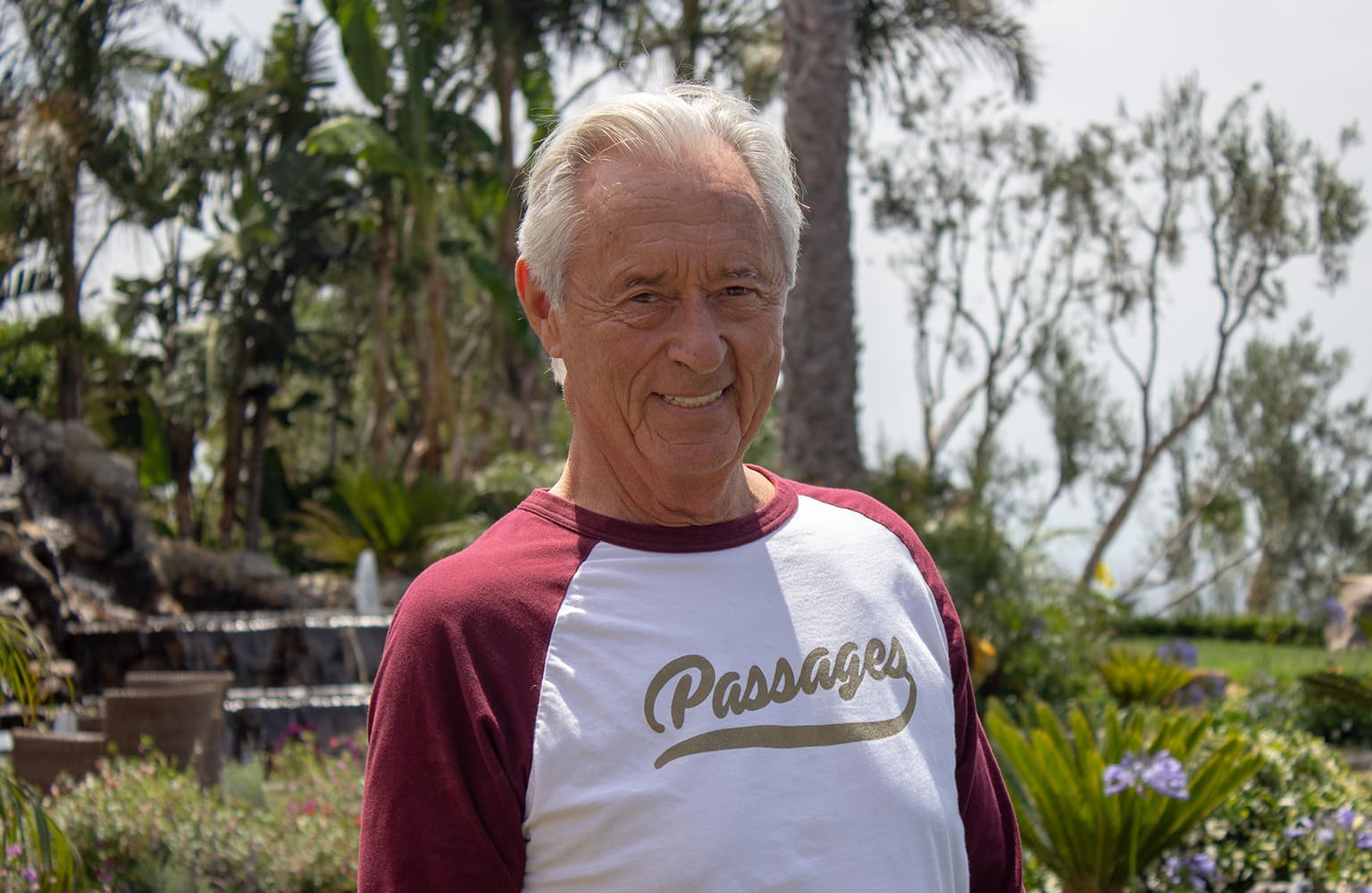 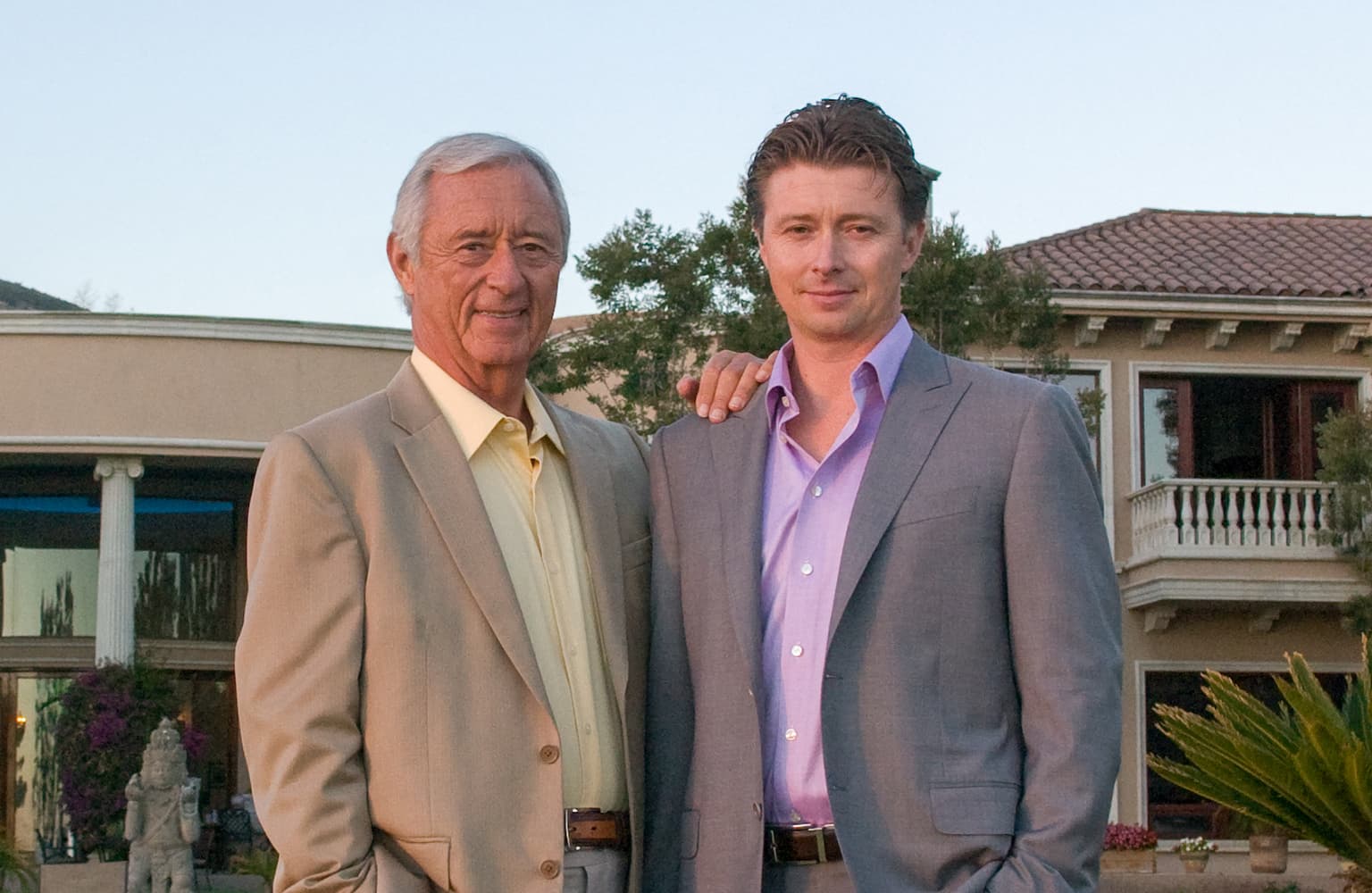 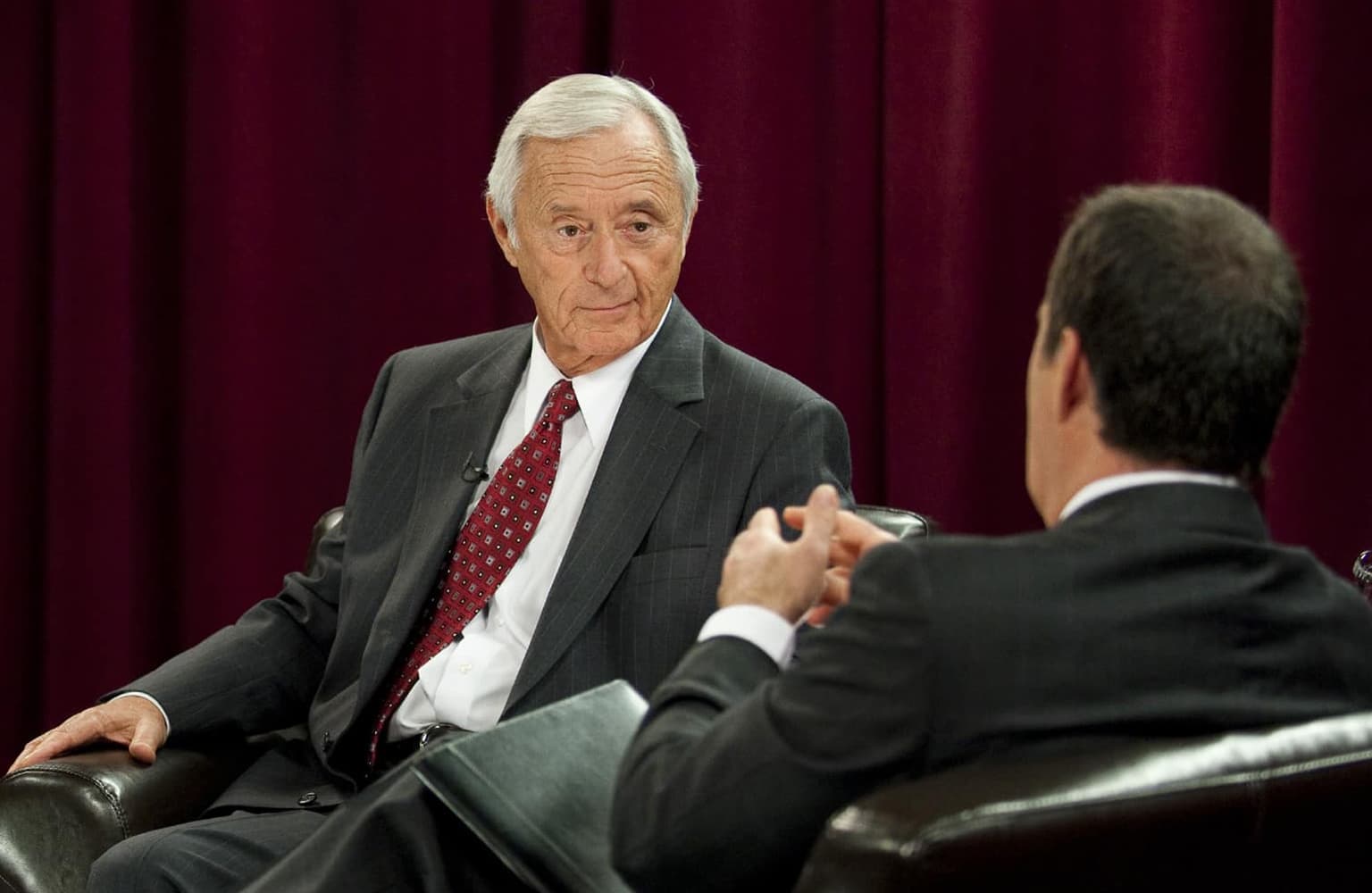 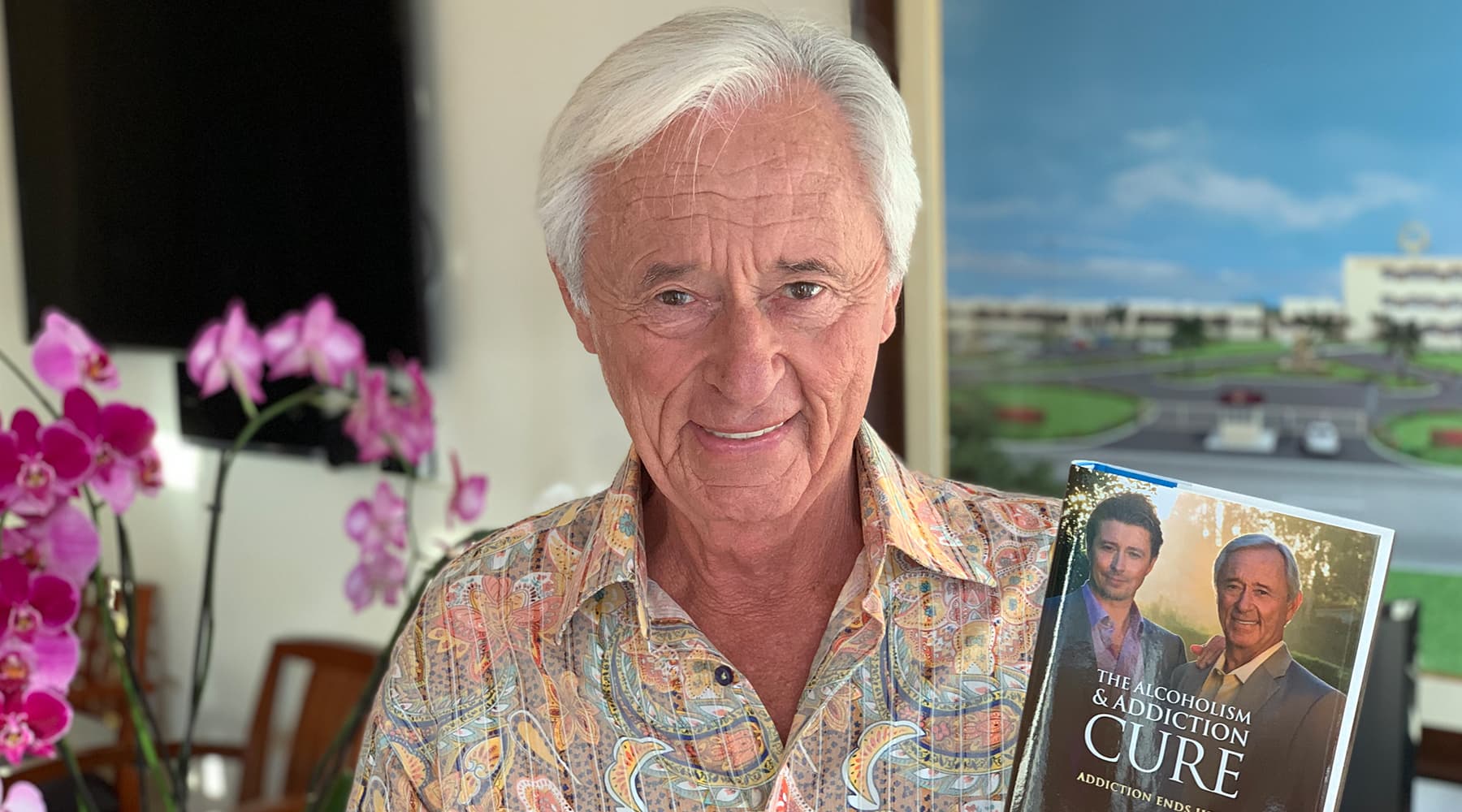 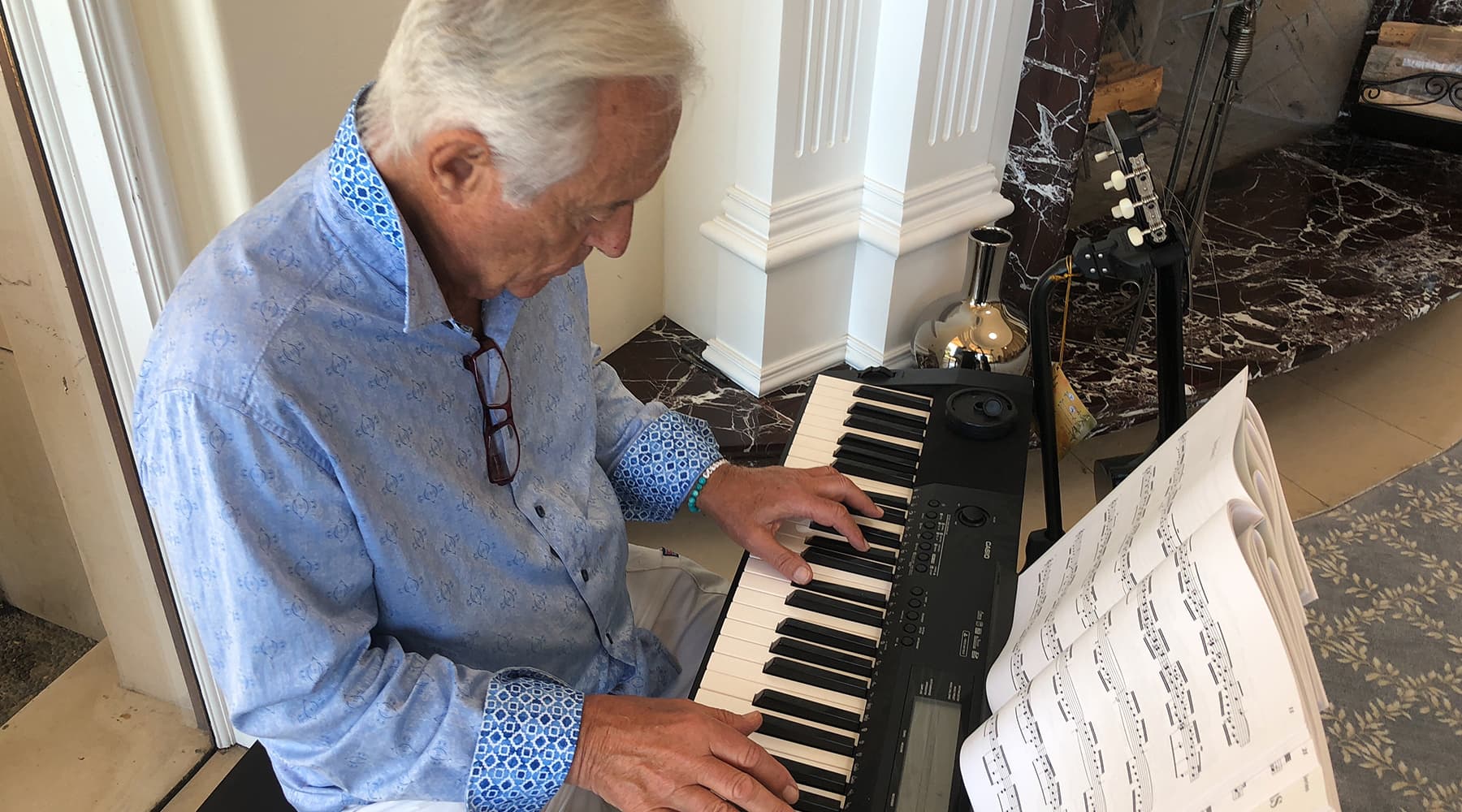 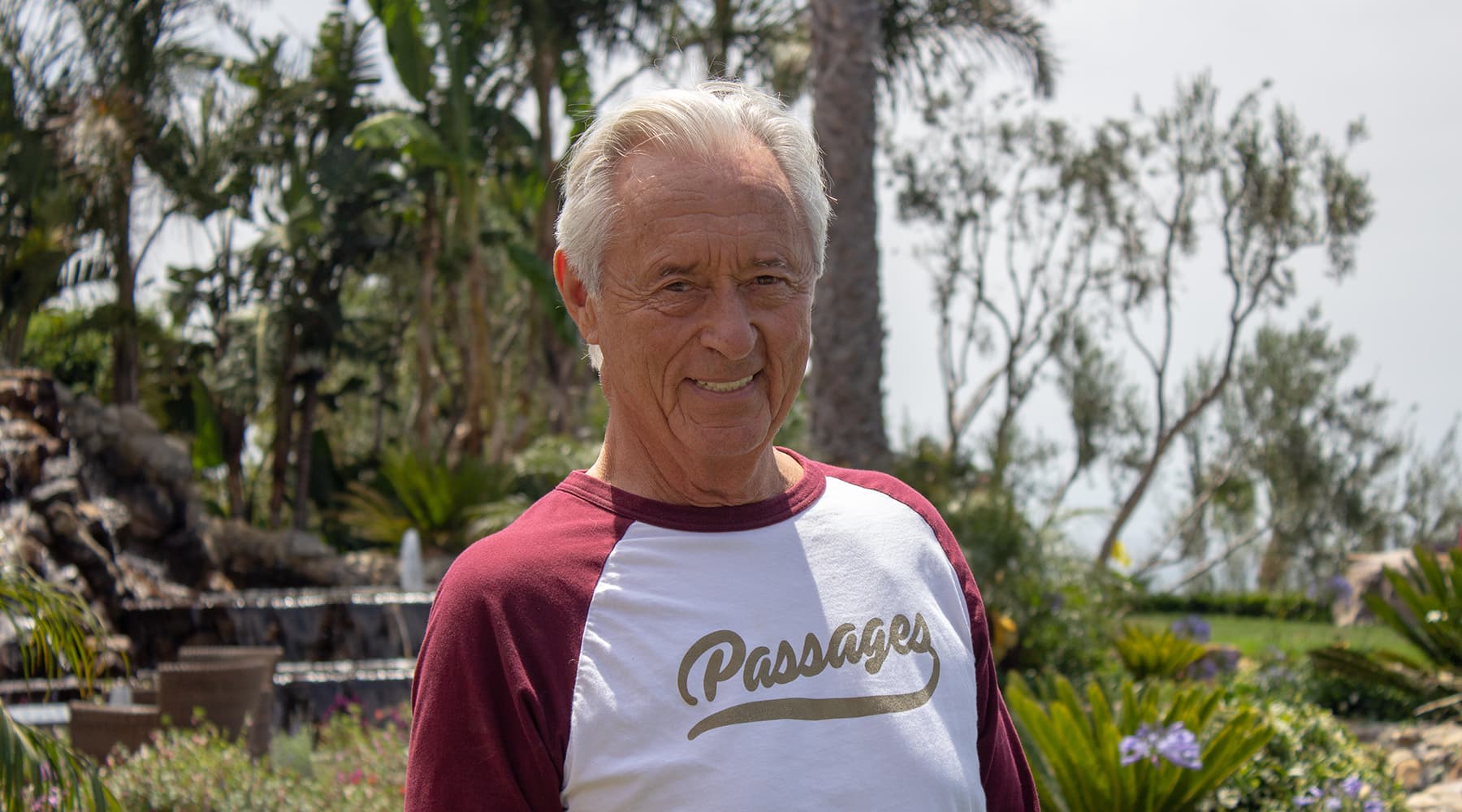 From my workshop experience, I knew that people make miraculous changes when given the right information and the right coaching. I believed that there was a reason why Pax and all those others in the treatment programs he attended, were so powerfully addicted and were struggling so hopelessly. And if I could find out the reason they were addicted and couldn’t stop, I could find out how to heal Pax.

The alternative and holistic treatment program we created for Pax, the one that is now the Passages’ program, was primarily based on finding out the “why” behind his addiction. It worked. Pax discovered his “why” and was able to heal his mind, body and spirit. It was then that Pax broke free from his addictions. It was then that he was finally free.

A few weeks after he completed his non-12 Step holistic therapy, Pax said, “Look, Dad, we know how to do this. Let’s start a program to share what we know.” That was in 2000. In August 2001, we opened the world-renowned, five-star treatment center, Passages Malibu and here we are nearly 20 years later, stronger than ever, helping people from all over the world break free from substance abuse related issues.

Passages Malibu has become the gold standard in addiction treatment. We have had the privilege of opening a Passages Ventura in 2009, as well as outpatient rehabs, and sober living homes in the Los Angeles area.

We understand that finding out the “why” is not always the end of it. There is much more to it than that. At Passages, we know that unless the “why” is discovered and healed, relapse is nearly certain. Some people can use drugs or alcohol, and they don’t become dependent on them. The ones who do, the ones like Pax or you or your loved one, always has an underlying condition: a “why. “It is because of that underlying and unhealed condition that stops a person from becoming free from addiction.

Most treatment centers, such as those centered around AA/12 Step philosophy, make the mistake of spending all their time treating alcoholism and addiction, and they miss the underlying issue completely and usually results in relapse after treatment. I suggest that you do not go to a center like this.

What we offer at Passages Addiction Treatment Centers is unique and much different than anything else you have experienced at other rehabs. Pax and I are confident in this statement because we are natives. We have been through it all, firsthand. We know what works and what doesn’t. We will be honored if you let us help you or your loved one put an end to your addiction. When you walk through the doors of Passages, you will know you have arrived at the right place. We hope to see you here with us soon.

Live the life that you've always wanted, sober and addiction-free. Call Passages Ventura anytime to get started or verify your insurance coverage now. 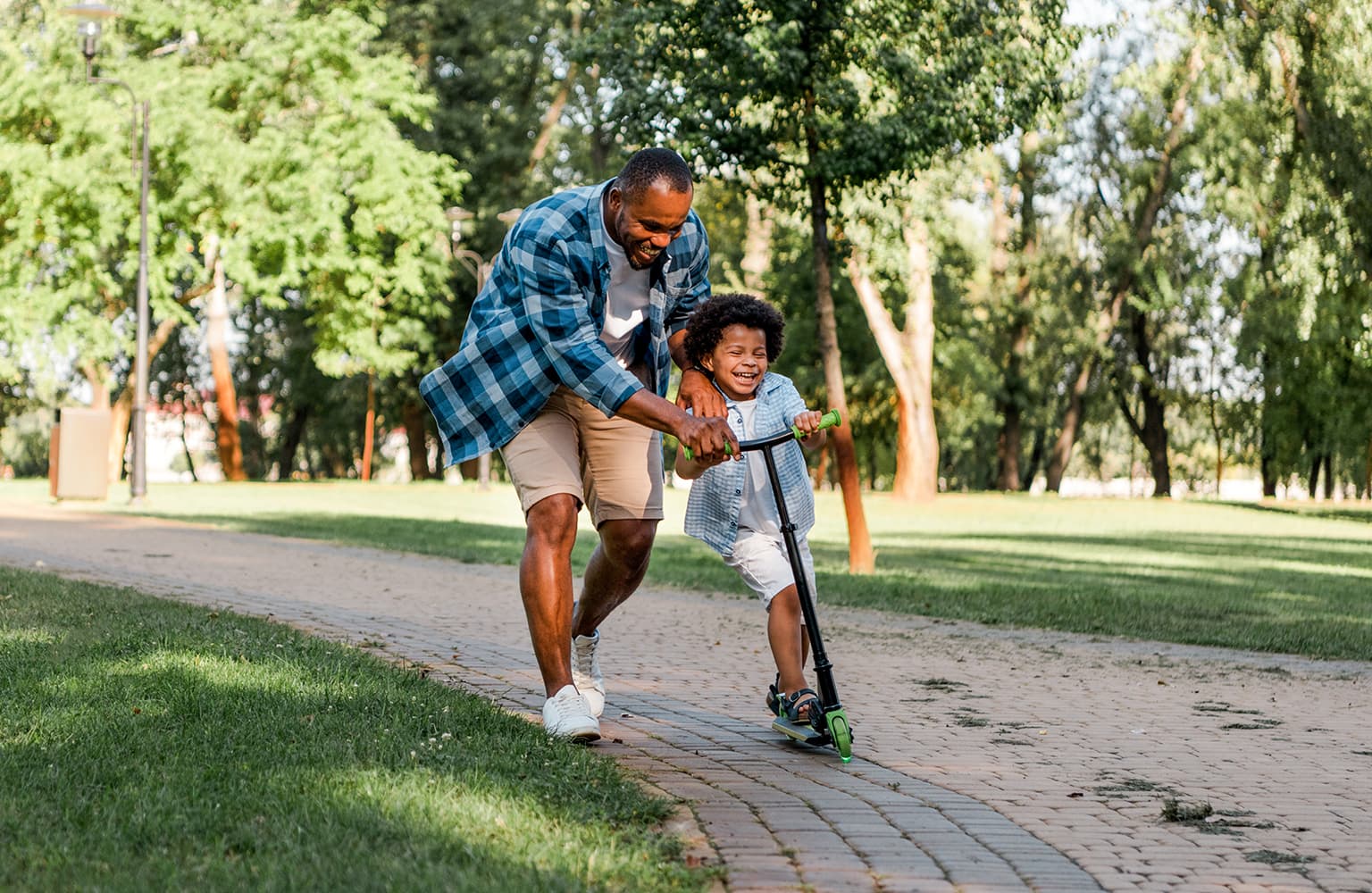 Live the life that you've always wanted, sober and addiction-free. Call Passages Ventura anytime to get started or verify your insurance coverage now. 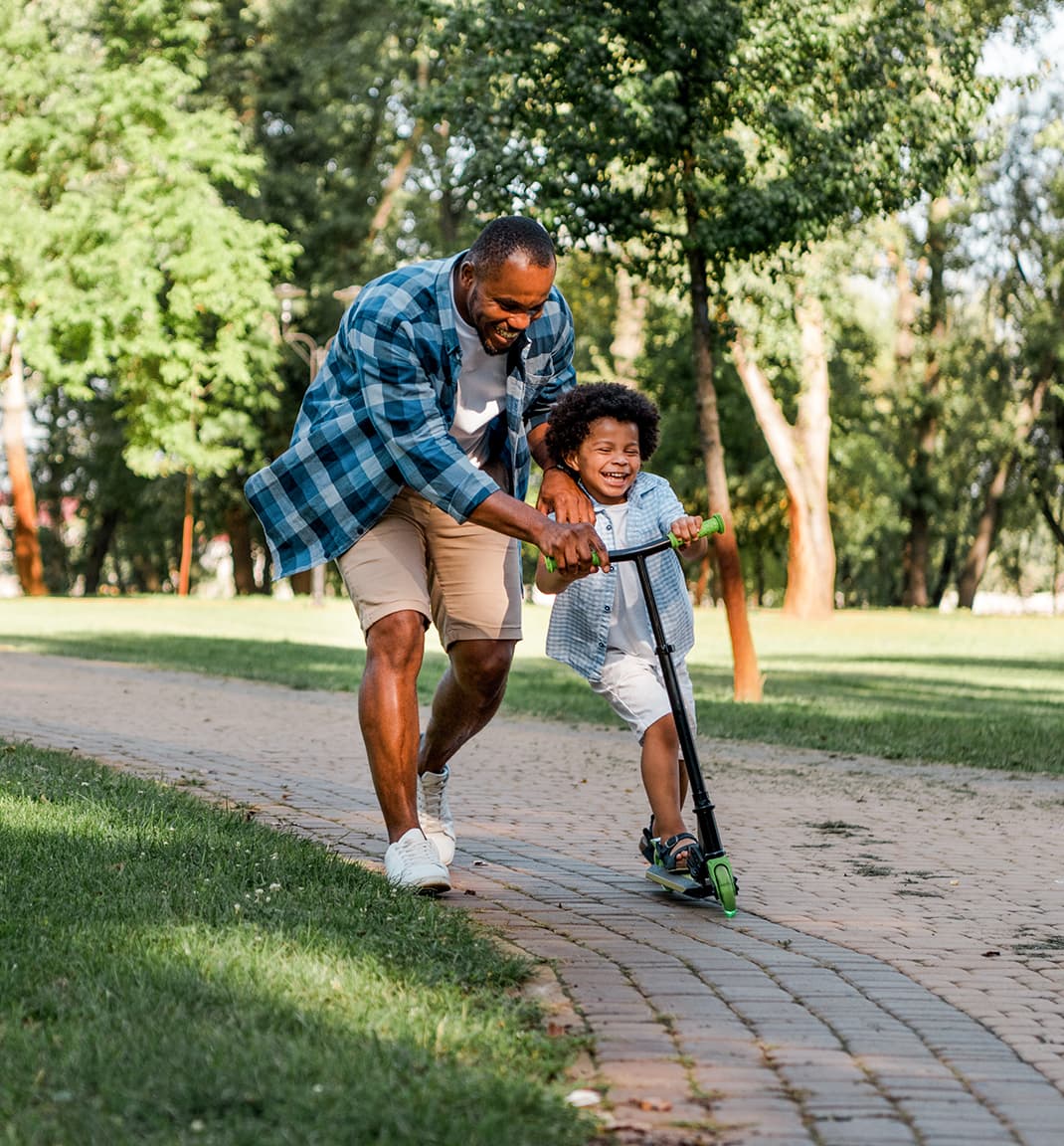 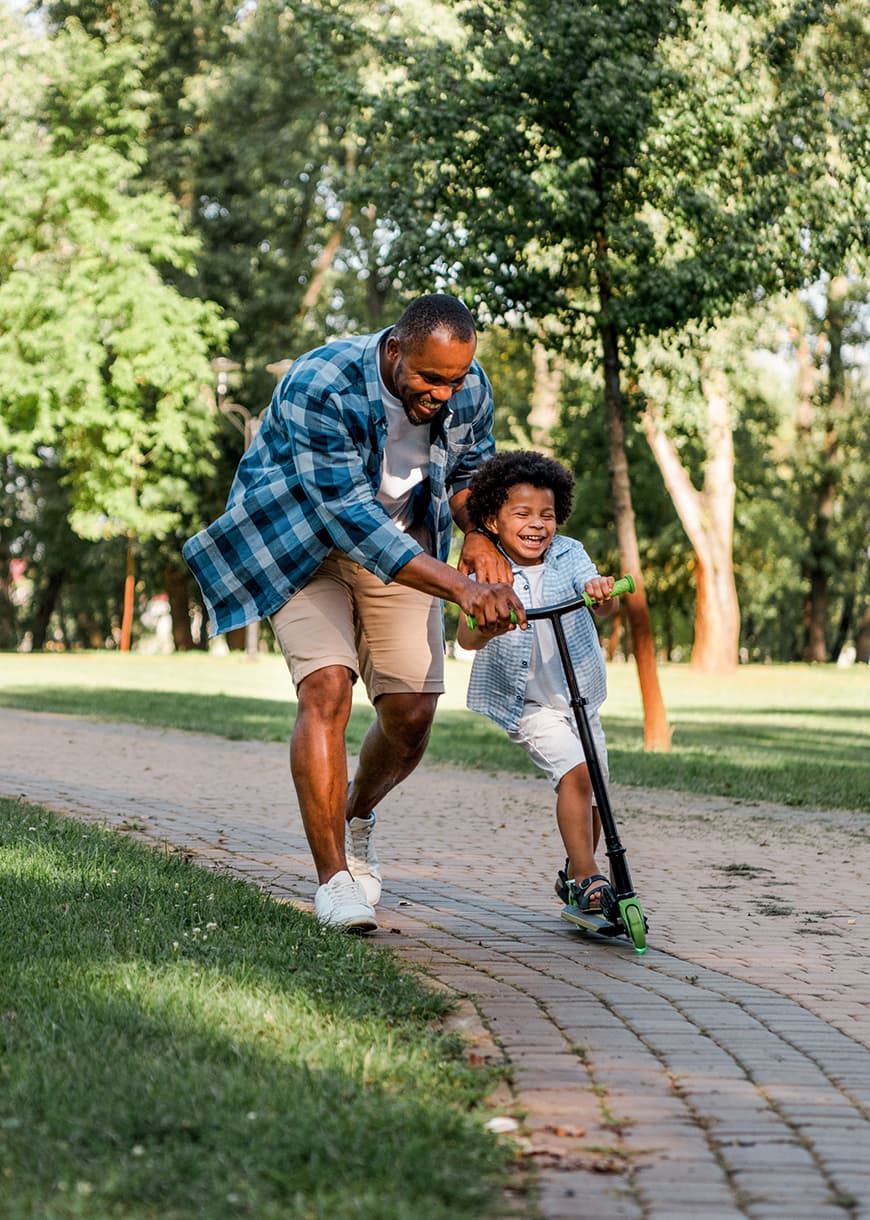 Treatment at Passages is affordable
with the help of insurance coverage

You deserve the best treatment available. It's time you experience Passages Ventura. Fill out our confidential contact form below or call us anytime to get the help you need.